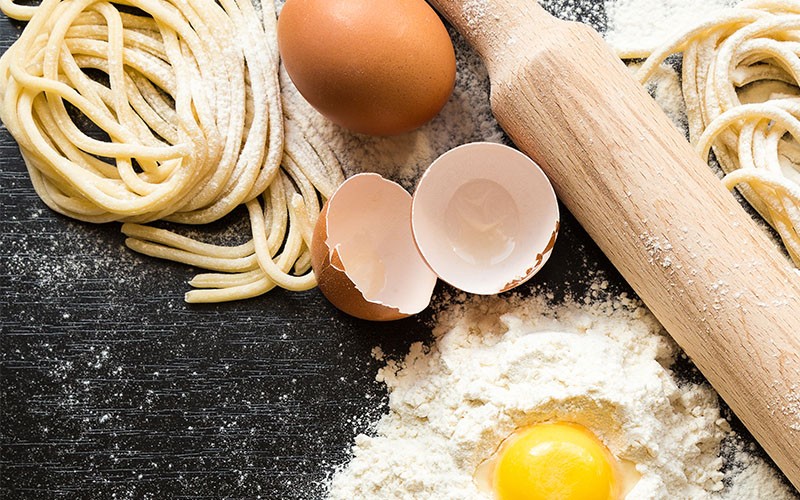 Americans developed a love affair with pasta during the 20th century with the rise of Italian restaurants and even on the big screen, where spaghetti played memorable roles in classic films such as Lady and the Tramp and Goodfellas.

Unlike America’s love affair with pasta, Italy’s has a long, complex, and passionate history that has made Italian pasta what it is today.

Initially considered a dish for the wealthy, pasta was a regular food in aristocratic banquets of the Renaissance and only began to spread dramatically in the 17th century when industrial pasta production was developed with the use of machines such as the torchio, a mechanical press to make noodles. Since its arrival to Italy many things have changed drastically over time, one major part being the flavor. Sweetness was replaced by savory flavor and sugar was swapped out for vegetables, helping make pasta a nutritionally complete dish. Then finally at the beginning of the 19th century, tomatoes were added; a food long considered too exotic by Italians.

Fast forward to today and pasta is one of the top comfort foods in the world and has been made accessible due to its low cost and has become popular for its versatility. Pasta gets its name from the pasty texture of the dough and is made from the flour of durum wheat and water or egg depending on whether it is fresh or dry pasta being made. Fresh pasta is often mixed, cooked, and eaten immediately, whereas pasta secca is dried in order to be stored, often prepared later by cooking it in boiling water. One of the major distinguishing factors of Italian pasta is that it is made ‘al dente’, meaning to the tooth, which essentially means that it is a little less cooked and has a slightly firmer texture.

The production process of pasta is quite simple, but the finished products vary in shape and color. Pasta can be cut into squares, rolled into tubes, pulled into long strings, or twisted into spirals and the colors can range to cover all the colors of the rainbow. Although pasta comes in 200 types, the most popular forms worldwide are Macaroni, penne and spaghetti. Italians eat 60 pounds of pasta per person per year while Americans eat only about 20 pounds. Looks like there’s some catching up to do. If you’re craving some major comfort food look no further, we’ve got you covered.