The History of Emilia Tortellini 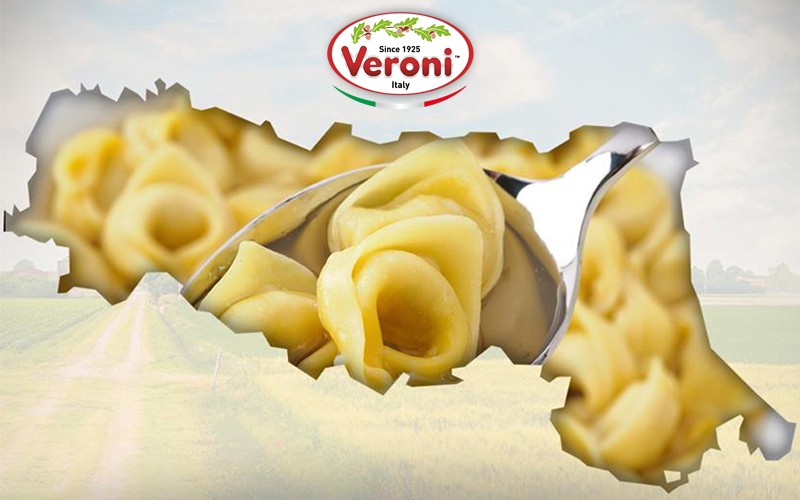 The History of Tortellini: An Emilia-Romagna Tradition

Tortellini’s exact birth place has always been argued throughout history, but one thing is certain, it was within the region of Emilia-Romagna that the famous Italian pasta was created and the various stories around how the idea came about are just as beautiful as the pasta itself.

The most well-known story is based on legend, the story goes that once upon a time an innkeeper met the presence of Venus, the goddess of love, when she chose to stay at his inn. During her stay, the innkeeper caught a glimpse of the bare navel of Venus, and the effect was so astronomical that it drove him to create a tribute to her and form a pasta that resembled her belly button.

It has been suggested that besides the beautiful story involving Venus, the pasta dates back to 1570, when the first recipe was developed by finding a solution to enclose the meat filling that would prevent it from spilling out during cooking.

The pasta is unmistakably Italian from the region of Emilia-Romagna but there is an ongoing quarrel between the beginnings originating from Bologna or Modena. Whichever story you choose to believe, the delicious plate is considered Bologna’s number one traditional meal and is even celebrated with a festival every year in the town of Castelfranco Emilia.

Traditionally, tortellini is made with egg pasta, but fillings vary depending on family and region. Some can be filled with ricotta, others with regional cheese and various meats. No matter what filling is preferred, customarily it is served in a full-flavoured broth.