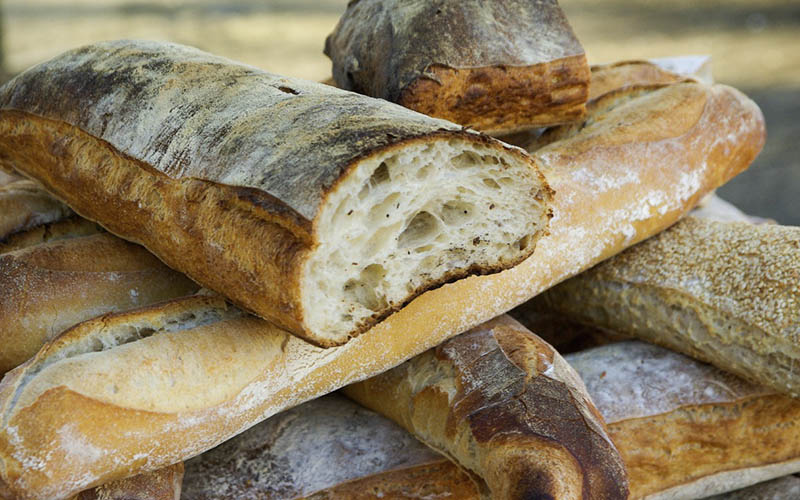 Bread is something that has become synonymous with Italian food and culture, and there are endless varieties that can be found country-wide, some well known and others that are absolutely worth knowing about.

One of the most famous of these bread varieties is the globally appreciated ciabatta loaf, a bread that revolutionised the Italian bread industry forever, putting Italy back on the map of remarkable bread producers.

Ciabatta is a rustic Italian bread that has a wonderful soft interior with a crisp, chewy crust. The flavour is buttery, toasty and nutty. The name derives from its appearance, as ciabatta in Italian means ‘slipper’, referring to its long, flat shape.

Although throughout history there have been many breads that resemble ciabatta, the exact bread variety is actually quite new on the scene in regards to other traditional Italian breads. The bread as we know it today began being produced in 1982 through the collaboration of Francesco Favaron, a baker from Verona, and Arnaldo Cavallari, the owner of a large flour mill in Polesine in the countryside of Veneto.

This invention came at a really important time for Italy, as the popularity of French baguettes was superseding the success of traditional Italian bread. The Italian alternative was therefore created to be used in the same way, but remain an authentically Italian product.

Since its conception in Verona, thanks to the help of licensing the recipe, ciabatta bread is being produced and enjoyed all around the world. Its simple flavor ensures its wide range of uses, such as on its own, or as a fresh panini stuffed with beautiful authentic cured meats.