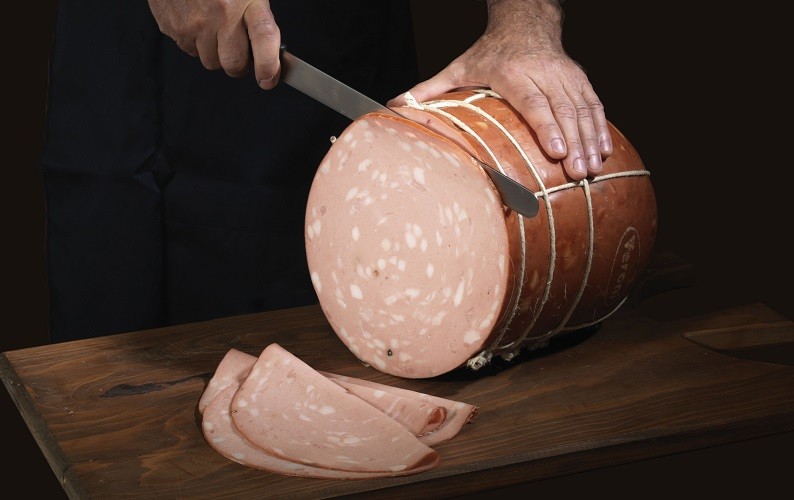 The first product the Veroni Brothers perfected using their traditional Italian recipe and ancient ‘know-how’ was the Mortadella. Distinguishable by its spotted interior, the large classic Italian sausage or sliced meat is made from finely hashed or ground, heat-cured pork with added small cubes of pork fat for extra moisture and flavour, giving it its spotted appearance.

We often call this traditional Italian meat after the city it originates, Bologna, just an hour away from the small town were the Veroni brothers began creating delicatessen meats. Our ancestors refined their precious local methods over time, slow cooking the Mortadella in a brick oven, ensuring that you can taste the passion in every slice.

Since 1925 our Mortadella has been made using only 100% pork mixture, guaranteed by the generations of family members who have taken care of the business. By ensuring our family name and produce stays synonymous with quality, the Mortadella continues to be processed and cooked in our unique way, and then carefully selected to make its way to your tables in the USA.

According to an old Italian saying: the bigger a Mortadella is, the better it tastes, and as we at Veroni are the first company to produce a pre-sliced mortadella at 8.6’ diameter, as well as being a Guinness world record holder for the biggest Mortadella, we’ll let the old Italian pro-verb do the talking…